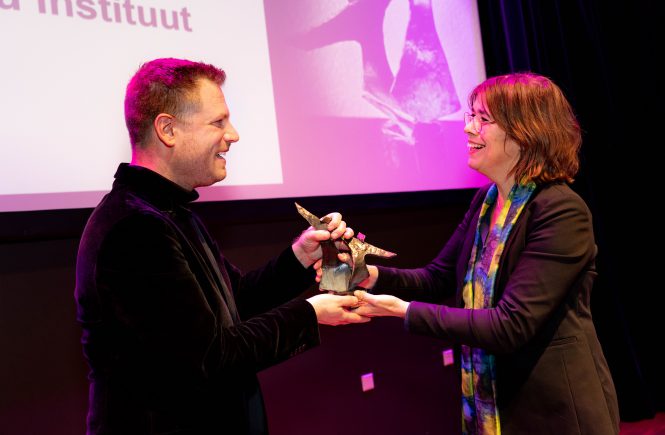 Maria Henneman, chairman of the board: “We established the prize because Melanie Peters was uniquely able to put the impact of science, technology and innovation on our lives on the agenda. She strengthened the dialogue in society on this subject, paying attention to shared public values. Bart Wernaart’s work makes a very valuable contribution to this dialogue.”

Wernaart receives the prize for his project Moral Data City Hunt. This is a new method of involving residents in ethical decisions about concrete technological applications in their city, such as the use of drones.

“The project provides insight into which values ​​are important to residents, and where those values ​​may conflict with each other,” says jury chairman and philosopher Daan Roovers. “The project is interactive and accessible, and ensures that citizens can have a say about the use of technology in everyday life. We see a lot of potential in further expansion of this project.”

“I feel very honored with this award,” says Bart Wernaart. “I am very pleased that the prize goes to applied science. At HBO we have one foot in the clay, and the other foot in science. I am grateful for the recognition of our Moral Data City Huntmethod, with which we want to give direction to citizen participation in technology development.”

The Rathenau Institute received thirty nominations for this first Melanie Peters Prize. The jury consisted of: Daan Roovers (philosopher, former Denker des Vaderlands), Peter-Paul Verbeek (Professor of Philosophy and Ethics of Science and Technology, and Rector Magnificus of the University of Amsterdam) and Eva Meijer (daughter of Melanie Peters and third-year student History).