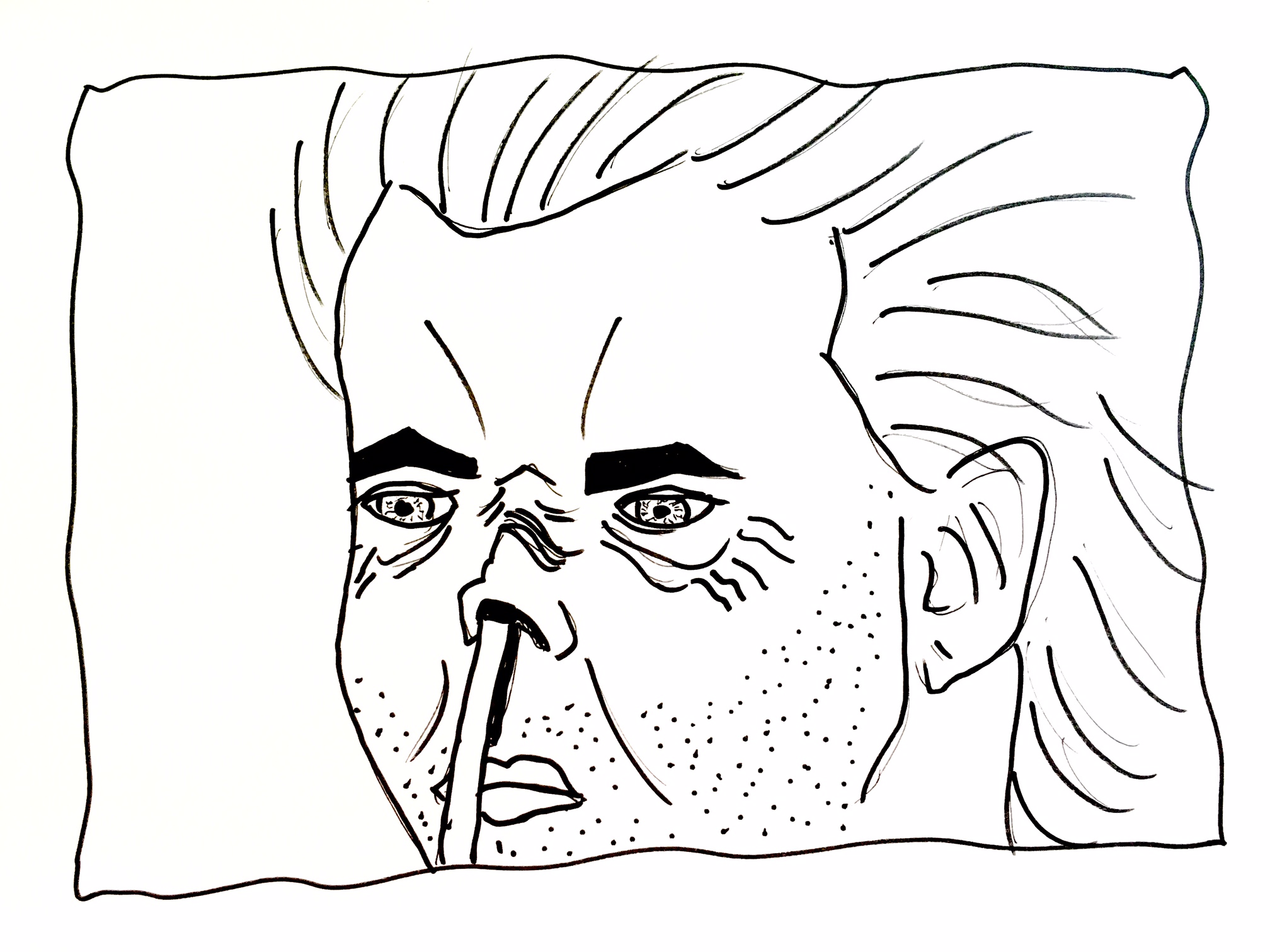 Therefore, it seems a good idea to help mister Wilders with some legal advise in what he should do to actually ban this holy book by law. After all, he is usually amongst the first to point out that one of his colleagues breaks an election pledge, and when not well equipped with some legal advise, he is likely to break this one promise. I will try to keep it as short as one page too, although this is difficult for a lawyer.

Constitutional reforms
First, when Wilders is president, he would have to change the Dutch Constitution. After all, the highest law in this country stipulates the freedom of speech (which includes the publication of books) and the freedom of religion (Art. 6 and 7). Most importantly however, there is the right to be treated equally, and the prohibition to be discriminated on grounds of religion and belief (Art. 1). For this, the PVV must count on a majority in parliament to adopt a proposal to amend the Constitution. Then, after this parliament is dissolved, a new parliament must agree on the same proposal with a 2/3rd majority.

Mein Kampf
There could however be a way to circumvent this, when Wilders is successful in claiming that the Holy Quran is a book which contains a hate-speech (something he himself is currently accused of in a long-lasting court case). The freedom of expression is after all restricted in the sense that people may not publish something that comes down to a hate-speech. In comparison, it was for a long time believed that Adolf Hitler’s Mein Kampf would be such a hate-speech, and should therefore be banned from the Dutch markets. This has always been debated, and the book in itself was never truly forbidden. In a recent verdict the Dutch Court seems to be reluctant in forbidding a book because its message is hateful, and chooses to protect the freedom of speech instead. If this ruling would hold in appeal, this would mean that Wilders would have to demonstrate that the Holy Quran contains a worse message compared to Adolf Hitler’s book.

Denounce treaties
The Netherlands shares certain fundamental values with other countries, and has promised towards these countries to uphold these values. This is agreed upon in the context of international organizations in the form of international treaties. The same constitutional freedoms I referred to above are embedded in these agreements. For instance, they are recognized in the Universal Declaration on Human Rights, the International Covenant on Civil and Political Rights, the European Convention on Human Rights, the Treaty on the Functioning of the European Union, and the Charter of the United Nations. To name just a few. While not acting in compliance with these treaties has different consequences (one is better protected by international procedures than the other), it would put the Netherlands in a difficult position towards its fellow Member States. Besides that, more than once, the PVV has expressed the desire to denounce treaties that would stand in the way of his party programme.

This would leave the Netherlands probably isolated. Not only ideologically, but also economically. And all this to ban just one book.

Civilization
In a civilized country we have fundamental rights and freedoms to make sure we do not fall back into the chaos of history. While these core values are sometimes hard to guarantee, and sometimes contradict one another, they serve as the basis of a decent society. A religious terrorist will mostly not represent a State that upholds such values, nor will (s)he kill people in the name of such values. When someone kills people due to the fact that they are a non-believer, or believe in the wrong way, this is an obvious and deliberate violation of these fundamental principles. The desire to oppose this by violating these same principles in its core seems to me as a fruitless exercise, that will not solve the problem, nor save any life. Instead, it may worsen the situation deeply, and lead to more bloodshed.

Can I keep my copy?
Oh…and one small final note. I happen to have read a significant part of the Holy Quran, and possess a copy, as you may see below. I bought it in a book store in Tilburg. I am not a Muslim, but enjoyed reading most of what is in this book. Depending on one’s interpretation, the Quran refers to most of these shared common values I referred to earlier. I wonder if Wilders would allow me to keep it? 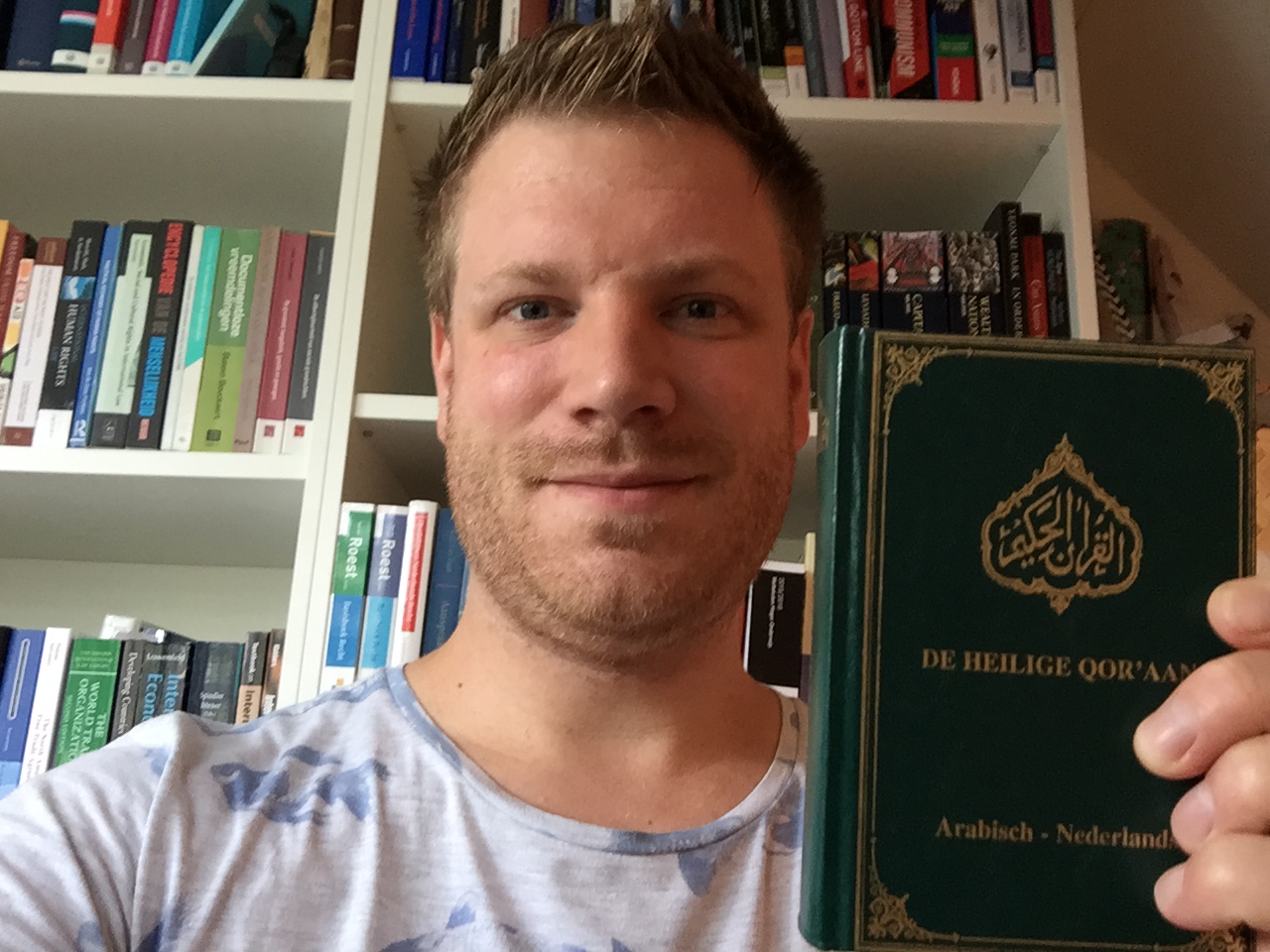