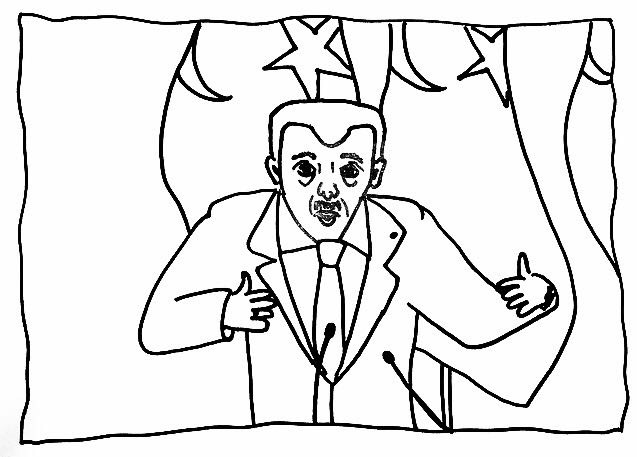 In essence, the Dutch Government does not really like the idea of Turkish ministers campaigning for a constitutional reform that leads to undemocratic processes in Turkey. On the other hand, the freedom of speech, regardless how undemocratic the message may be, is a fundamental right that is part of a well-functioning democracy. Of course, the official message is that such campaign activities are a risk for public safety, to avoid being accused of ‘double standards’. After all, during the Dutch campaign, there are politicians who say far worse things compared to the Turkish ministers on how they plan to reform our State once elected, which comes down to fully tear down the principles of the rule of law.

This dilemma is not an isolated incident, and is something we have seen very often lately: various people make use of democratic rights, and specifically refer to such rights as being a freedom they are entitled to enjoy. However, they do so with the long term aim to tear down these same freedoms. Now, the question is: are there democratic means to stop such people? Of course you can voice your own opinion, and sing a different tune. It is doubtful whether the ‘no’-voters in Turkey have the luxury to do so though, and in the past, the strong hands of Erdogan reached over his own boarders on several occasions, when it concerns politics and elections. From that perspective, it is fully understandable that the Dutch government is not so keen on Turkish ministers addressing Dutch citizens with a Turkish passport.

Simultaneously, when you do this, it is to be expected that you will be accused of being not much better than the one you try to hold back. After all, you are not really practising what you preach. What many Dutch parties in the electoral race seem to forget, and the Turkish Government simply does not seem to like, is that democracy alone is not a goal in itself but a mean to an end: good governance. And with only democratic decision-making, this goal will never be fully realized. After all, democracy can simply lead to ignoring a minority, or self-destructive decisions, as long as a majority agrees to this.

We need something to tame democracy, which is a strong and functioning system of checks and balances. In a two-party system, the U.S. model has proven to hold back the sharp edges of the Trump-administration. In the Netherlands we have -next to a system of checks and balances- a multi-party system. This system is often criticized as leading to a fragmented landscape. I dare say this is a blessing, because no political party will ever gain 50 per cent of the votes all by itself, and the sharp edges of party programmes are lost by negotiating your way through a coalition with an absolute majority of parliamentarian seats. Turkey is moving into another direction, clustering power in the hands of the president, tearing down the effects of checks and balances.